Windows Server 2019 will be the latest Server Operating System added into the Windows NT family of operating Systems by Microsoft.  Its first Insider Preview was announced on 20th March 2018. It was finally released on 2nd October 2018 (Mahatma Gandhi Jayanti). Its trial for 180 Days was available on Microsoft website: https://www.microsoft.com/en-us/evalcenter/evaluate-windows-server-2019 However, Microsoft
Read More 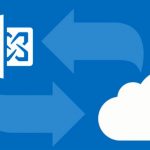 A hybrid deployment is a combination of On-premises Server and and Cloud-based services. The Hybrid Configuration Wizard actually helps you achieve this. You get the seamless look and feel of a single Exchange organization between an On-Premises Exchange organization and Exchange Online in Microsoft Office 365. Hybrid Configuration Wizard enables the MRS proxy which is
Read More Friends, there are various terms used in Google Ad Sense which has it own meaning. I have tried my best to include all common terms used in Ad Sense in simple language. I hope it would be helpful to all Ad Sense Users: Monetization: The process of Earning Revenue on a web property e.g., Website or YouTube
Read More Duration to complete: Less than 5 minutes.   Step1: Own a domain name from Freenom.com. For this blog, I created ajeymegamart.ga domain using with I will create my business Email address like [email protected] Step 2: Search Office 365 E5 Trail in Google.com and click on the first link. Step 3: Fill out the form. Make
Read More

“Develop success from failures. Discouragement and failure are two of the surest stepping stones to success.”