Microsoft has done a partnership with Pluralsight to help you become an expert in Azure and is providing you with Pluralsight Azure Subscription free for 5 years. With over 200+ Microsoft Cloud Computing Azure Courses, Ignite Sessions, Certification Exams preparations on Azure including Exercise Files, you can focus your time on understanding your strengths and learn
Read More

Microsoft released the first Exchange version 4.0 in the year 1996. In October 1, 2015, Microsoft released Exchange Server 2016. For all organizations looking forward to move to Office 365, Microsoft provides you Exchange 2016 license free of cost on the condition that you can use it as a Management Server and would not be hosting any production
Read More

Outlook shows the “Need Password” in the status bar or keeps asking password again & again.  When I click on it to enter the password, a dialog box appears for a second and then disappears. Along with that I also clicked “Type Exchange Password & Connect” option, dialog box doesn’t stays for password to enter.
Read More 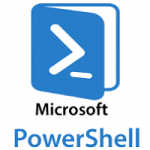 When you try running PowerShell script on secure servers or workstations you may be stopped by the message “.ps1 is not digitally signed. The script will not execute on the system. Please see “get-help about_signing” for more details..” To easily fix it, try running the below command in same powershell session (window) to change the
Read More 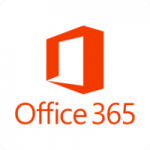 The presence of the ImmutableID value present shows a link to an on-premises active directory user account who may or may not have a mailbox at On-Premise Exchange Server. If that user is syncing to office 365, the Immutable ID value would definitely be present in the cloud. Now if you have to convert a
Read More 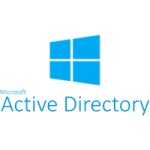 While working as System Administrator, you come across with a situation where you have to create bulk users from .csv as new hires into your company’s Active Directory Users & Computers. Doing this task manually can be hectic and time consuming. There are many Powershell Scripts out there which sometimes seems confusing and doesn’t even
Read More 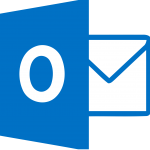 Microsoft has added a new feature called Direct Connect starting with Outlook 2016 version 16.0.6741.2017 and all later versions. Its now by-default behavior of Outlook 2016 to automatically connect to Office 365 User Mailbox no matter Auto-discover records are pointing towards other exchange hosting provider. In Outlook 2013, there was a manual configuration feature which
Read More

If you ever tried the services of Office 365, it comes up with 30 days trial and starts de-provisioning the services after some time. You always have an option to pay as you go to Microsoft to continue that tenant. However, if you want to test or use it for one another month, you have
Read More 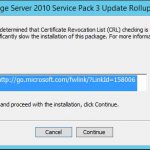 While performing Exchange Server 2010 Update Rollup, if you encounter an error “The setup wizard has determined that Certificate Revocation List(CRL) checking is enabled on this computer“, try following the easy steps below to fix the issue. We can prevent Microsoft Exchange Server to check Certificate Revocation from Internet Explorer Properties. Press Windows Key +
Read More